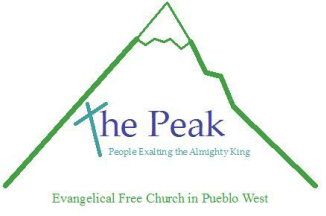 Understanding the Bible in Five Minutes

God is. He always was, is, and always will be. That is eternity. No limits exist in eternity, such as time or space or matter or energy.

God instantaneously created the existence of time and space and matter and energy. He then took six days to create all things in heaven and earth, from light to the configuration of the planet to living matter to sentient, human beings in His image.

The first human was Adam, and then Eve from Adam. Everything was good.

Adam and Eve exercised their wills to disobey God. They were no longer good, nor would any human offspring be good from then on. All humanity is born separated from their Creator and have a fallen, sinful nature that promotes pride in themselves and keeps them from truly loving God and having fellowship with Him.

God determined to demonstrate His love for humanity by rescuing some from their sinful nature and restoring those into fellowship with Him. This divides the world into people of the world and people of God. This rescue is called redemption, or generally, salvation, and was accomplished by the making and keeping of promises called covenants.

His first covenant was the promise through Eve to send a Savior by the birth of One who would be born of a woman without physical intimacy with a man. This one would overcome death.

His second covenant was the promise to all humanity through Noah not to destroy the world by flood again which is reaffirmed by each rainbow. From the time of the flood until the end of human dominated history, humanity can pursue humanistic civilization without fear of their sin bringing immediate destruction.

His third covenant was through Abraham with the promise that the people of God, people who by faith believed what He has said, will end up with the possession of this planet, not the unredeemed people of this world. These three were unconditional promises of God.

The fourth covenant was the promise through Moses of worldly blessings to God's physically chosen people, the Jews. This was a conditional promise based on their obedience to the Law of God, which they failed to keep, as the Law was designed to show humanity, through the Jews, the complete inability on our part to live a righteous life. Mankind will never achieve the blessings of a good world on their own effort.

The fifth covenant was the promise to David that the Savior, called the Messiah or Christ, would come through his lineage and would rule the world from Israel as the King of kings at the end of human dominated history. God had many events and sent many prophets to illustrate and reveal the truth of the Coming One. This is the Old Testament.

The sixth covenant is the new covenant that fulfills all the previous promises and brings the new promise of complete fellowship with God through the good news of His grace as proclaimed by His apostles. Jesus, the Savior, is born of a virgin so that this One who is God also becomes a Man. He alone is both the Son of God and the Son of Man in one person.

He fulfills the first promise through Eve by His virgin birth, death, and resurrection.

He fulfills the second promise through Noah to not destroy humanity as a whole by His ascension into heaven until the time comes for the end of human dominated history.

He will fulfill the third promise through Abraham by His coming again to rule over the world, at which time the world will certainly fear Him.

He fulfilled the fourth promise through Moses by keeping the Law of God throughout His life of complete obedience on our behalf.

He has fulfilled the fifth promise through David by being born in the lineage of David, and shall fulfill it by His return and rule.

While we await His return, He has given His people everything needed to live this life while in this world of people who are not His. His people of the new covenant are called the church. The establishment of the church through the testimony and actions of the apostles was recorded, as well as what God wanted to reveal about the future.

The unfolding of the future will be a great tribulation for the people of God brought on them by the world's people who are under the sway of the evil one. This is followed first by the physical wrath of God against those who persecuted His people, then the completion of His promises by the Lord Jesus' rule from Israel over all the earth, and then the final judgment. This judgment will result in the eternal wrath of God against the people of this world called hell, and the eternal life of His people in fellowship with Him called heaven. Eternity does not begin, for it has no beginning nor end, but we will enter into it. The whole universe will be remade without the corruption that began when sin entered into the human race. This is the New Testament.